IoT (Internet of Things); Where it stands now?

A couple of years back only a handful of people who were involved in the subject knew what IoT is all about. IoT or Internet of Things you should know by now. It’s revolutionized the way we interact with the day-to-day devices and of course technology is very common and IoT will be the next big thing in the coming years. If you want to ensure that, simply google the IoT predictions. Here I am not going to talk about what IoT all about.

There are thousands if not maybe millions of articles on the same subject on the Internet. So in case if you are sitting in the IT industry for several years by now, I hope that you might get crossed with IoT at some point in your career by now. Or if you are a newbie who just entered the arena, my advice is that it’s worth paying some attention to the subject.

Security of an IoT device

Let me dig into the subject now. Day by day, second by second every application and every device connected to the internet is becoming more vulnerable to hackers. The reason is it’s a constant battle where hackers are trying to steal valuable information and people who developed them releasing patches to close the holes in their systems. Why? Ultimately it’s all about money and business. There will be a time where cybersecurity knowledge for a local police officer is mandatory. When it comes to IoT devices, this will be far more critical as they are all about your private data or devices where you get services for your own needs. This leads developers/testers to have a serious thought on the security (physical, firmware and software) of the device.

There are considerable differences when ensuring the security of web/mobile applications to IoT devices. Here onwards, I’ll talk about the areas where you should concentrate on when identifying the scope for an IoT security testing initiative. If you are someone who is engaged in an IoT project and who is also playing the role of developer, QA or just an enthusiast about the subject, the content below will be a valuable piece for your arsenal on the cybersecurity domain.

In conclusion, before you start everything as I mentioned in the beginning, planning matters where you will perform a deep dive into the overall architecture and then to the threat model. By doing that you will identify where your device stands in terms of the security and how well you should enforce the corresponding security mechanisms. If you consider the areas that I highlighted above when identifying the scope in your IoT security testing, you have a good start to a secure IoT device.

If you have time for preparation, It’s better to study common IoT infrastructures and components first to get some understanding of individual components. Then it will also help to design and study testing procedures relevant to them.

So fasten your seatbelt and start securing your IoT device if already not. You will save lots of money for your business and maybe you will be the one who saves the business ultimately. And besides, I would like to write down that if you are to become a security test professional and you were succeeded in performing your IoT security testing work, please be aware that you enlightened your security testing journey with an area that the future represents… 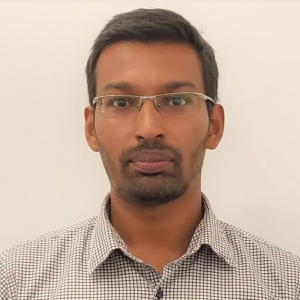 Importance of AI for test automation

Woes of a Fleet Support Engineer During a Pandemic

Is RFID for you? – What to know before you start your RFID journey

To build or to buy a Test Automation Tool