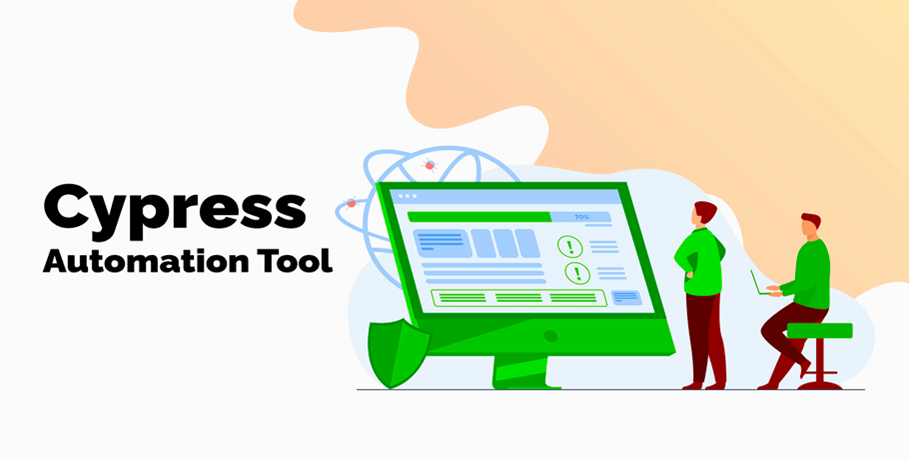 Cypress is built on Node.js, so It uses Javascript as the programming language to write tests. But, 90% of coding can be done with Cypress inbuilt commands. So, even if you aren’t familiar with javascript you still can start working with Cypress by knowing the basic commands which are inbuilt within Cypress.

Why is Cypress the Better Option?

Before Cypress came into the market, there were so many frameworks that we had to use to handle web applications that are implemented by using different types of libraries. For example, we needed to choose a framework like Jasmine, mocha, etc. similarly we needed to also choose an assertion library, after which we needed to install selenium followed by which, we needed to also install additional libraries to do an end to end Testing. That was the situation before cypress came into the market. Cypress is an all-in-one tool, an end-to-end testing tool where we can write faster and more reliable tests.

Why is Cypress different from other tools? What are the unique features we can see within Cypress tools? Let’s talk about it. Multiple factors make it unique, which makes Cypress one of the quickly adaptable choices for Web Automation.

Cypress delivers fast, consistent, and reliable test execution compared to other automation tools because of its architectural design.

Cypress automatically waits for commands and assertions before moving on, so that there are no more async issues.

Cypress automatically reloads whenever you make changes to your tests.

It takes snapshots as your tests run. We can hover over each command in the Command Log to accurately see what happened at each step.

Ability to View videos of the execution of your entire tests when running from the Cypress Dashboard.

Steps to Set Up

After installing cypress successfully to the local machine, a default folder hierarchy will be created, as shown in the image below.

Now let us have a look at each of the folders within the structure:

Fixtures are used to separate the test script from the test data. In the fixtures folder, we keep the test data in JSON format. So, with the help of fixtures, it is possible to use the same test script with multiple data.

Contains plugins or listeners. Cypress will automatically include the plugin file “index.js” inside the plugins folder, before every test that runs. Plugins provide a way to support and extend the behavior of Cypress.

In the “commands.js” which can be found in the support folder file writes customized commands or reusable methods that are available for usage in all of your spec/test files. This file runs before every single spec file.

This is considered the heart of the cypress project in the default project structure. All the node packages will be installed in the node_modules directory.

Cypress.json stores different configurations such as timeouts, baseURL, test files, or any other configuration that we need to override for tweaking the behavior of Cypress.

What are the Different Components within Cypress to work with?
Cypress consists of:

Cypress has a unique test runner that allows us to see commands as they execute while also viewing the application under test.

To execute Cypress Tests with Cypress test Runner, the following code has to be run in VS terminal: Node_modules.bin\cypress open. Following this, the Test Runner will open as seen in the image below.

When the Test Runner opens, it can see the Integration folder with written Test Scripts. To execute a Script, we can click on the particular spec file to see how it runs. In the image above, in the top right corner, you can change the browser which needs to execute the script.

When you click, Then the selected browser will be opened and will run all the steps in the test case. We will be able to see a screen similar to the below picture showing the execution of the Test Case.

The Cypress Dashboard is a service that provides access to recorded tests & provides you with insight into what happened when your tests were executed. So, all the test results can be uploaded and viewed on this cloud-hosted Cypress Dashboard.

How do we Record our Tests?
Pre-Conditions:

If you haven’t set up your project with Cypress Dashboard before, Please follow the below steps.

Writing your First Test in Cypress

Follow the steps in the video to write your first test.

Cypress is a powerful tool with a growing feature set. Although this tool is still young, it’s being continuously developed and quickly catching up with other full-stack automation tools in the market.

Here are some of the limitations of using Cypress:

Cypress is a powerful tool with a great community supporting it. Its modern architecture solves many problems faced in modern web automation testing. It is a growing test automation tool in the industry, also its capabilities are rapidly growing. Let’s explore more about Cypress in the future.

The Future of Software QA